Hello everybody, it’s time for presentations? Glad to meet you, my name is Ravello, I live in USA with my parents…and I am a very happy doggie.

But it hasn’t always been sunshine and roses.. Let me tell you something more about my past … Happy reading…

My story goes back to several years ago, at that time I was a stray dog, without a comfortable home to live in; I spent my days roaming down the streets of the Amalfi Coast, which, during the summer, was full of tourists … the streets of Ravello, this is why my name is Ravello…

On those streets I met what then became my family.  They were spending their holidays on the Coast just as they had been doing during the past few years.

On the evening that we met, they had come to visit the feast called ‘Sagra in Sambuco’, which is held in those areas during the summer months. I can still remember the first contact I had with them, they looked at me with curiosity and certainly in a tender way, but I was not so used to having contacts with people, so I got loose through the crowd and they lost sight of me, until the next morning …

Actually, I met them fortuitously, as soon as they were back from a tour, close to what seemed to be their apartment, which, as a matter of fact, I had just chosen as the ideal place for a nap.

I was tired and thirsty, as soon as I saw them coming down the street I followed them and got into their house; the previous evening I had not behaved properly towards them, running away upon their arrival… but I did not care, what I needed was to have something to eat. Surprisingly, they welcomed me with love and gave me food and water, I assure you it was a true cure-it-all… They were already fond of me, just as I was of them. Indeed, the next day something occurred that really struck me.  They called the information service of the Ravello municipality in order to better understand how they could help me. The operator, in a very friendly way, suggested to turn to the local police. That’s exactly what they did. There they met Bruno, the captain of the Ravello police station.  I knew and really hoped that their idea was to keep me with them. There was only one big problem, that is that the following day they had to leave the Amalfi Coast, headed towards Rome and, after only a few days, they would be leaving for America.

While speaking with Bruno, the latter, who perceived their already strong affection for me, said these words, “I think you should keep the dog”.

And that’s what happened, the next day I was on the train going from Salerno to Rome.  Bruno, the chief of the Ravello police station, helped me and (can I say it?) my parents in finding both an accommodation for me on the train and for the European Union passport with the health certificate required for my journey by air.  That was my first stroke of luck in my story.

The problems, however, weren’t over yet. The airline company which my new parents were flying with did not accept pets. Those moments were really preoccupying, “what are we going to do now?”.

With an intuition, my new mommy, equipped with a smartphone, looked for information on the internet, more precisely she consulted  the U.S. Embassy site in Rome, which contained the contact details of IPATA (the international pet and animal association), in simple terms the highest authority for the international shipment of us pets. The first telephone number on the list was of a company called Bliss Pet Services in Rome. I’ll talk about them more in detail further on, now all you need to know is that it was a real stroke of luck, the second one … or rather, a true golden ticket.

On the day of the departure, prior to our train for Rome, we went to a veterinarian who implanted a microchip under my skin and provided my family with a passport certifying my full health, which was required for my travel by air, after vaccinating me for rabies. I don’t remember much after boarding the train, I was so tired that I took a nice nap, Rome was waiting for us!

A walk in the eternal city Once we reached Rome, we took a taxi and went looking for a hotel that would accept pets. The search, as you may well imagine, wasn’t at all easy. It’s been only a few years that it has become “normal” to accept pets inside hotel facilities. We had however another stroke of luck. We met Francesca, the owner of a Roman hotel who had just lost her beloved dog of 17 years of age. My story struck her so much that she made an exception for our accommodation.

We spent the first days in the eternal city by enjoying it fully; from the Trevi Fountain to the People’s Square, up to the Pincio, what beautiful memories.

Besides, in Rome we had the possibility to talk with Francesco Argirò, the owner of the above-mentioned company, i.e. Bliss Pet Services.  His availability (and therefore that of Bliss Pet Services) revealed itself extraordinary. My parents talked to him on the phone and agreed on the administrative and logistic matters regarding my air journey. The idea was to make me stay with him for 3 to 4 weeks so that he could receive the results of my previous anti-rabies vaccine and obtain a visa for the USA.

In addition, his company, Bliss Pet Services, would arrange for my kennel, my customs documents and whatever was required for my journey.

Francesco was fully available during this phase with me and my family.

When, later on, we met him at the hotel, with his wavy hair and a big smile on his face, we were certain that we wouldn’t have had any problem thanks to him. I was safe! Just think that that young man, whom we found on the site of the most important association for the international shipment of pets, is now its president-elect. What a story!

Coming back to us, the time had come to say good-by to my family, I would be hugging them a few weeks later. Indeed, as I was saying, I would be staying with Francesco the weeks that were necessary to make sure that everything would be in order and I had the documents required for my air journey.

During the next few days, there were some bad news for me. Do you remember the veterinarian who in the city of Ravello had registered my document for my expatriation and had given me the vaccine so that I could leave? Well, the microchip registered on the passport was different from the one implanted on me and there was a prolbem with the anti-rabies vaccine, meaning  therefore that my “conditions were not at all perfect”.

Fortunately, thanks to the hard work of Bliss Pet Services’ staff, all the problems could be quickly settled!  The last step was only that of waiting for the result of the (real) anti-rabies vaccine administered and everything would be fine!

Francesco, his wife Ambra and Bliss Pet Services’ staff took care of me constantly for my entire stay and up-dated my parents in real time by email, calls, photos and any other way,  thus removing their worries and anxieties!

To be frank, my first days in Palestrina (the place where Bliss Pet Services have their offices) were not  at all easy …Put yourself in my shoes, from a small stray dog I had suddenly become part of a family who was ready to take care of me and then, again, suddenly, I found myself with other strangers, in a completely different context with respect to the previous one.

Luckily, thanks to the fact that they were always there for me and the environment became more and more familiar to me, things got better. I was a companion for the Bliss Pets’ employees   in the offices in Palestrina, I walked happily in the park, and spent nicel evenings together with Francesco and his wife, what beautiful sensations.

The day of my departure had arrived … only a few hours and I could embrace my family. So much anxiety, and fear, too …who had ever flown on a plane ‘till that moment? The documents were ok, Bliss Pets’  personnel were constantly in touch with my family, so the time had come to leave …

I said good-bye to all the staff who had made it possible, even in their small way, not only to be reunited with my new family but also to start a new, normal and happy LIFE.

My parents were really worried for the trip; they wanted to be up-dated on my health by some airport operator. My flight took me to Atlanta and there I would get a flight to Seattle. They talked quickly with a certain Jeff who told them not to worry… I was doing well, that night they would be sleeping with less worries. The flight had finally ended… I was finally in what would be my new home. After a few minutes, needed to check that everything, at bureaucratic level, was ok, the time had come to see again my beloved parents. My mommy was wearing a green jacket, the same one she was wearing the first time I saw her in Ravello…

Are you thinking about how  shipping your four-legged friend by air may appear strange, risky or even frightening? For many years we at Bliss Pet Services  have been reuniting pets to their families. The only thought that parents will have is how to spend their time together with their little friends upon their arrival.

Visit our site www.blisspets.eu and put yourself in the hands of experts in the international shipment of pets; traveling has never been so safe for  your furry friend. 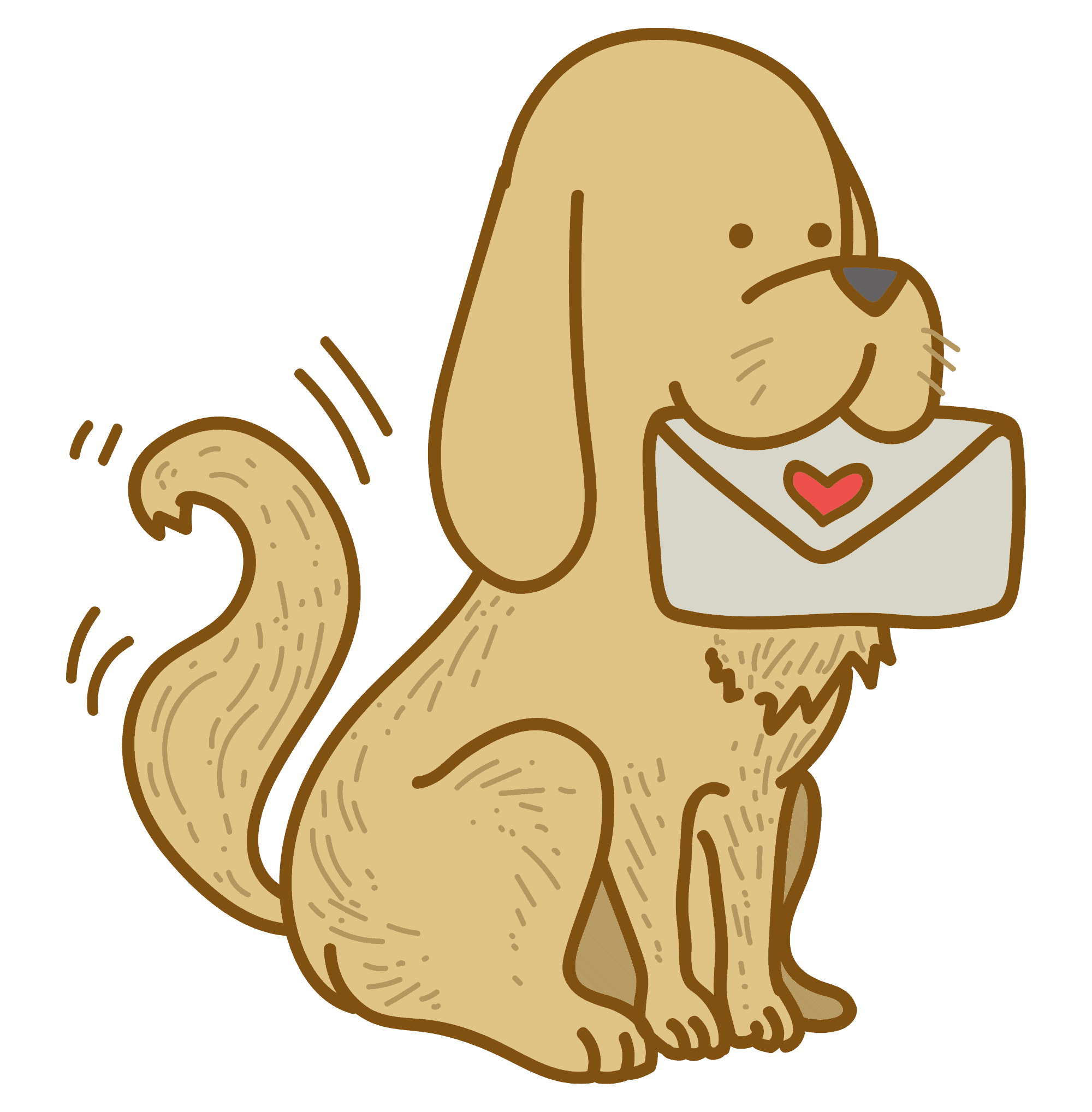